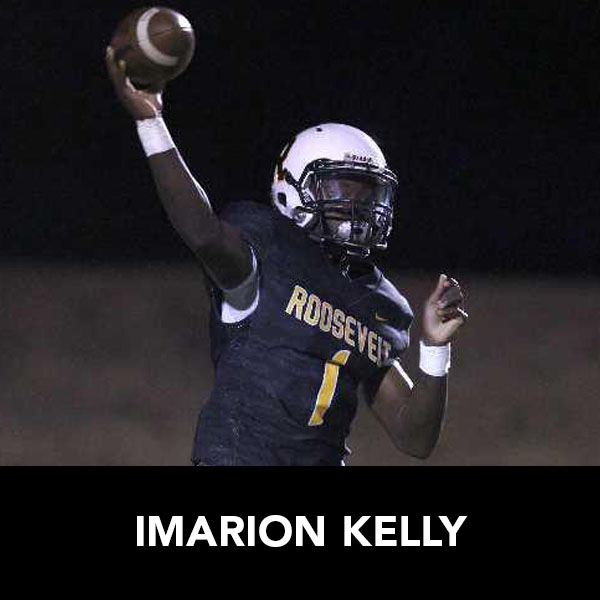 BIO: Imarion is a three-time varsity letterman in football and four-time letterman in track and field at Roosevelt High School. He was named first-team All-Conference as a quarterback and was the Offensive Player of the Year for the Portland Interscholastic League. Imarion passed for 1,861 yards and 26 Touchdowns. He also added 453 rushing yards and six touchdowns to his resumé, totaling 32 touchdowns on the year. Imarion also carries a 3.5 GPA. He plans plans on attending Southern Oregon University in Ashland this fall to play football for the Raiders.