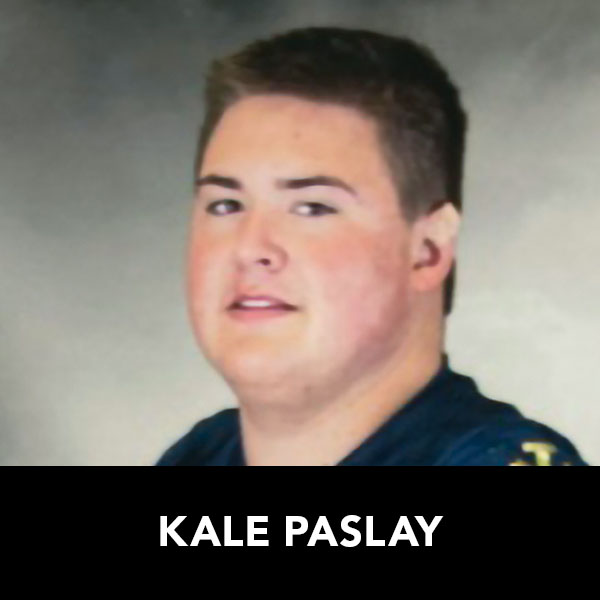 BIO: Kale is a football and lacrosse player at Marist Catholic High School in Eugene. He has been named All-State four times, twice on offense and twice on defense. He has also been named All-Conference five times, twice on offense and three times on defense. Kale was voted Defensive Most Valuable Player his junior year and Lineman of the Year his senior year. He has a 3.5 GPA. Outside of sports he enjoys spending time with friends and family, skiing, hunting, rafting and traveling. Kale is attending Rocky Mountain College in Billings, Montana to play football.