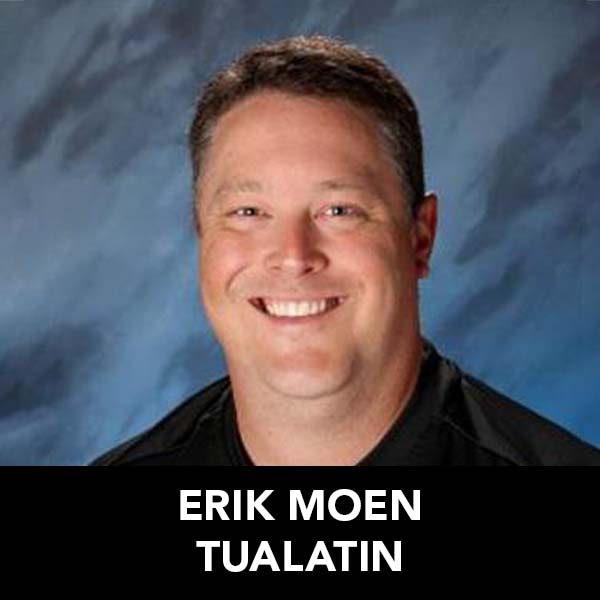 BIO: Coach Moen is entering his 20th year coaching football at Tualatin High School.  He has been the Timberwolves defensive coordinator for 11 of those years.  He has been an integral part of three state finalist teams (2007, 2010, 2021) and one semifinal appearance (2005).  He teaches P.E. and weight training at Tualatin High as well.  He is a graduate of Linfield College where he was a four year letter winner in football and two time All-Conference player. Coach Moen is married to his wife Deb, and they have two wonderful children Hannah (12) and Connor (9).