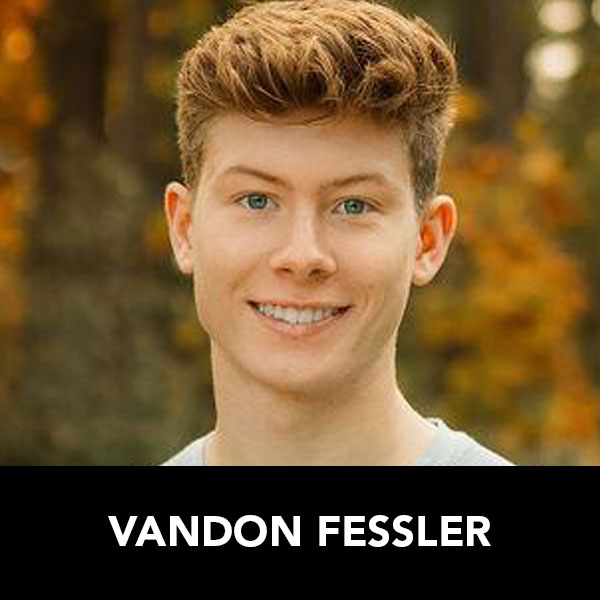 BIO: Vandon began his varsity football career at Silverton as a sophomore and earned All-Conference honors his first year on offense and defense. His junior year was shortened to a five-game season. In Vandon's senior year, he was voted unanimously on both sides of the ball as 1st team All-Conference (offense as a wide receiver and defense as a defensive back). He was also named 1st team All-State as a wide receiver and defensive back. Through the adversity, he is now ranked eighth in Oregon overall for total career receiving yards, and he led the state in receiving for all classifications his junior and senior year. He was named Player of the Game at the 2021 5A State Championship, where Silverton won the title. Vandon now holds records for Silverton football: career receptions (141), receptions in a season (84), career yards (2,720), yards in a season (1,453), receptions in a game (11) and yards in a game (223). Vandon is also a Varsity letterman in baseball as a catcher for Silverton. Academically, Vandon is a scholar athlete with a GPA of 3.97, including AP courses and earning his Honors Diploma. He is a member of the National Honor Society. He’s shown school pride through his four years of participation in ASB Leadership. He has volunteered his time to various organizations, most notably to his church as an altar server. Vandon will attend college in the fall, where he will pursue a degree in engineering.