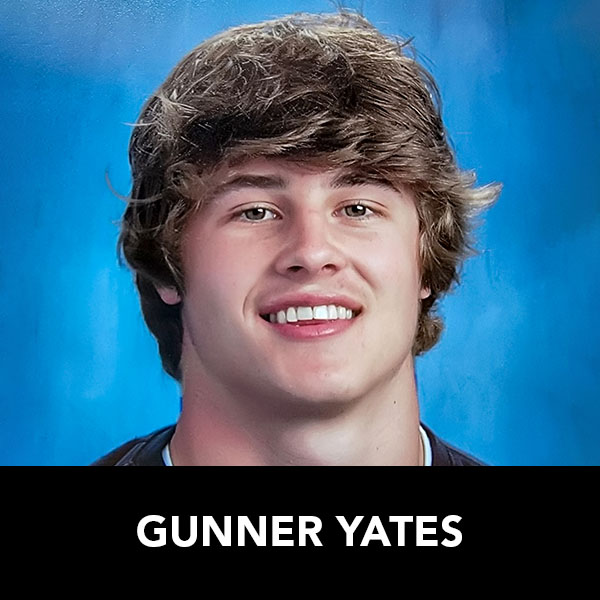 BIO: As a freshman Gunner earned a starting spot on the varsity football team playing both sides of the ball. In 2018, Gunner received team Coach’s award and 1st team All-League defensive back. In 2019, he was awarded team “Most Inspirational”, 1st team All-League defensive back, 2nd team All-League running back and 2nd team All-State defensive back. In 2021, Gunner was voted team MVP, 1st team All-League running back, 1st team All-League linebacker, and Offensive Player of the Year. Gunner has worked hard as a team player and has earned many awards. His best game of the season he rushed for 331 yards on just 11 carries. He is also an outstanding runner in track. Gunner enjoys spending time with his family including his two older brothers. In his spare time he enjoys fishing, hunting, and riding motorcycles. He has been an active member in 4-H for seven years showing and selling market steers. Gunner hopes to continue his football career at the collegiate level. His dream would be to earn his business degree while playing football for the University of Oregon.