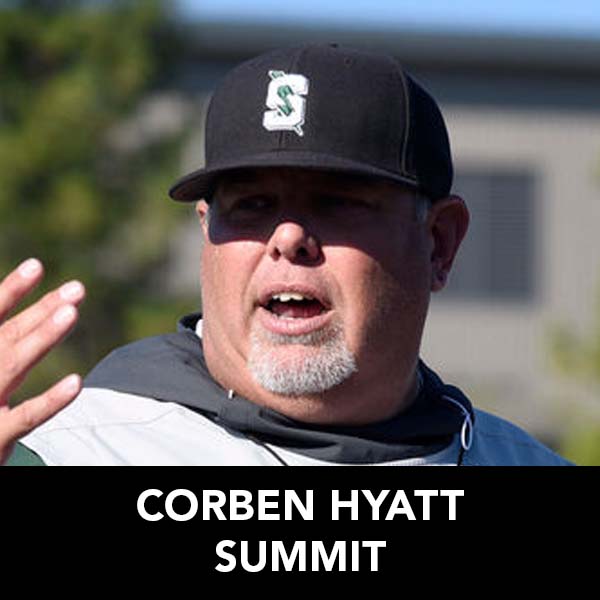 BIO: Coach Hyatt is starting his 10th year on the Summit staff, 6th as Head Coach. He has coached offensive line, running backs and coordinated special teams while at Summit. He began his coaching career at McMinnville High School and then started the non-profit Urban Sports Academy so he could teach football to young athletes who could not afford to attend expensive camps. He is most proud of the fact that his team at Summit has had the highest GPA in their classification in the state for the past seven years, and last season, their team was awarded the first ever National Football Foundation State of Oregon Excellence Award for their play on the field and in the classroom. Coach Hyatt played offensive line at Walla Walla Community College before transferring to Western Oregon State College. Coach and his wife Kristal (a Linfield grad) have lived in Bend for over 10 years where he runs an academic non-profit called The Office Group for high-achieving, deserving high school kids to help them reach their academic potential post-high school.