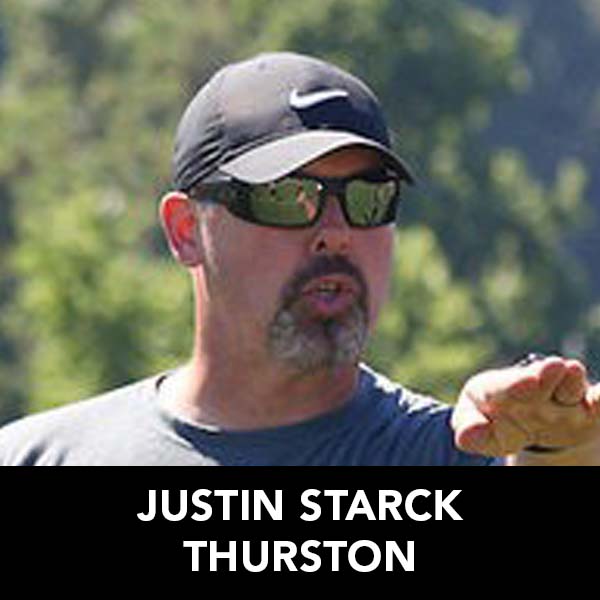 BIO: Coach Starck has been coaching for 26 years, 25 of which have been at Thurston High School. He led the Colts to three consecutive conference championships in 2007, 2008 and 2009. In 2018, Thurston became the lowest seed to ever play in the 5A state championship. The No. 7 seeded Colts beat the No. 1 seeded Wilsonville 30-27. For the incredible season, Coach Starck earned his second Coach of the Year award. The Colts repeated as state champions in 2019 capping off an undefeated season with a gritty 14-10 win in the state finals. Starck played at the University of Oregon before a brief professional career. He is the Athletic Director for Thurston as well and resides in Springfield, Oregon with his wife and children.