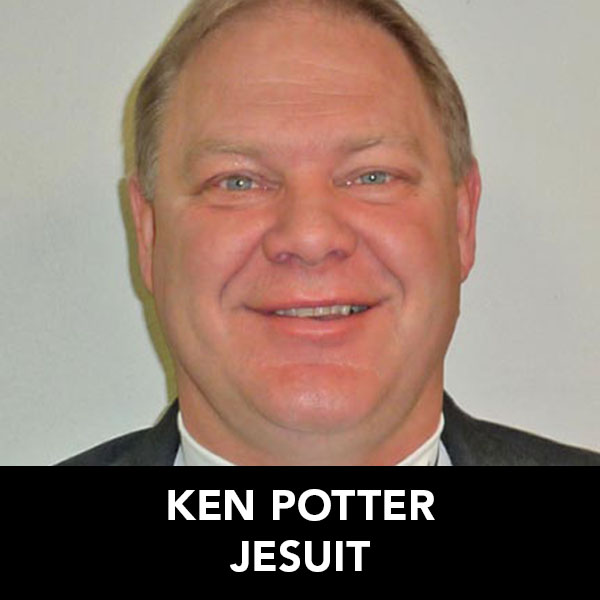 BIO: Since 1987, Ken Potter has been at Jesuit High School as the counselor and head coach of the football team along with the assistant track and field coach. Prior to his time at Jesuit, Coach Potter played football, baseball and basketball at the Oregon Institute of Technology for Don Read, Howard Morris and Dan Miles respectively. In 1981, after Potter graduated from OIT, he became a graduate assistant at Portland State University. Following his one year at Portland State, Potter moved to Aloha High School and became an assistant football coach. From 1983-1986, he moved to Tigard High School and was the health teacher then counselor. Potter was also the assistant football, women’s basketball, and track and field coach at Tigard.