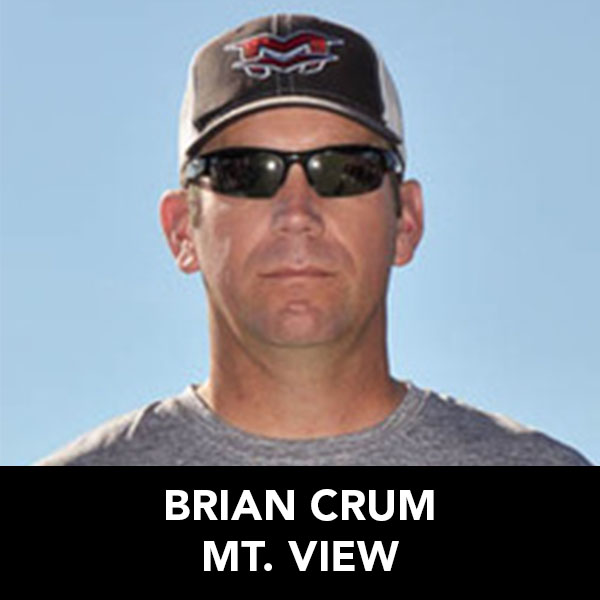 BIO: Coach Crum completed his eighth year as the Head Coach (46-27) of the Cougars after serving the previous four as the Quarterback coach and Passing Game Coordinator at MVHS and 23 years of coaching overall. He has had the pleasure of coaching numerous excellent QB’s including the 2011 State Offensive Player of the Year in Jacob Hollister and All IMC Players Toby Webb, Conor Nehl, and Mike Irwin. He is a graduate of Modoc High School in Alturas, CA where he was a three- sport athlete participating in Football, Basketball, and Track. While at Modoc HS, Crum was a two-time All-League Defensive Back and three-time All-League performer in track. He then graduated from Pepperdine University with both his Bachelor and Masters degrees. Crum was both an assistant coach, and then Co-Head Coach and Defensive Coordinator at Oak Park High School in Southern California for 12 years where he helped lead the Eagles to three Sectional Championship game appearances and a 56-20 record during his last six years at the school. In addition to his coaching duties, Crum is also a social studies teacher at Mountain View High School where he teaches AP and standard United States History as well as Strength and Conditioning classes. He and his wife Vanessa have three children, Emma age 18, Connor age 13, and Hailey age 12.