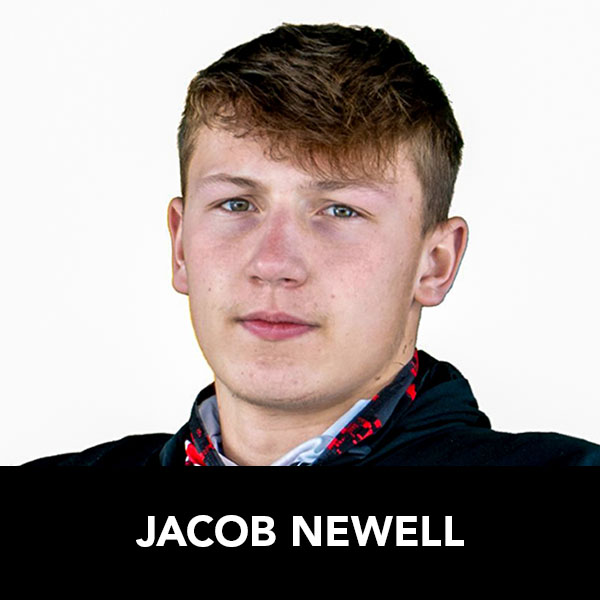 BIO: Jacob is a three-sport letterman at Thurston High School, competing in football, basketball and track. As a freshman, he participated in the 2018 5A State Championship football team and assumed a larger role his sophomore year when his team won back-to-back state titles in the 2019. With high hopes to excel in the 2020 season, Jacob and the Colts took a collective breath when tackle football was reinstated, in late February, and embraced a shortened season by winning the Midwestern League title. Jacob received 1st team All-League wide receiver and 1st team All-League defensive end honors. He was voted Outstanding Skill Player by his teammates and 1st team All-State Tight End by PrepRedzoneOregon. Named a three-star recruit by 247Sports, ranked as the No. 6 overall prospect in the state of Oregon and the No. 38 Tight End nationally in the class of 2022, Jacob is a player to watch. Currently, Jacob has received seven D1 offers including a Power 5 opportunity with Arizona. Academically, Jacob has maintained a 3.5 GPA and continues to build a foundation of success in and out of the classroom. Off the field, Jacob volunteers and helps out during the extended school year gives him a chance to connect and be inspired by his fellow peers who have many physical and mental challenges. He truly believes that God has blessed him with his strength so that he can lead it to those who need it most. He enjoys sunshine, water sports, basketball, fishing as well as spending time with family and friends. Jacob will attend and play at a Division one school after he graduates in 2022, but until then he is honored to be participating in the 2021 Les Schwab Bowl.