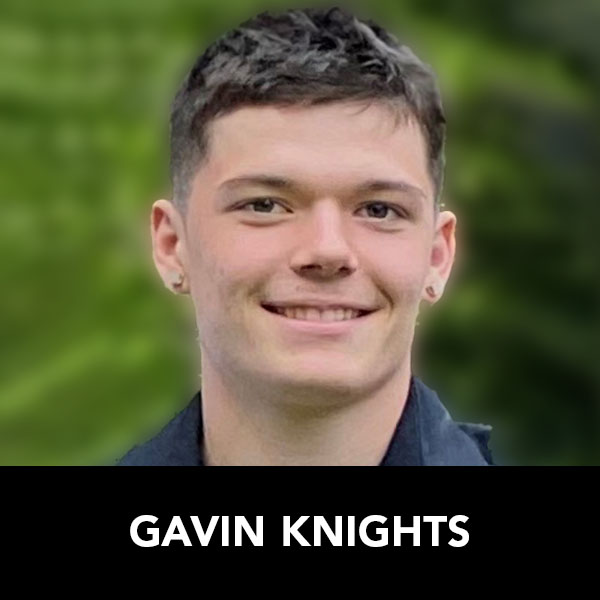 BIO: Gavin is a two-year letterman in football at Thurston High School including starting at corner as sophomore on the 2019 5A State Champion team. In 2021, he was named the Mid-Western League POY and 1st Team All-Conference running back along with 2nd team All-State running back. Gavin was voted by his teammates as the team MVP. In his junior season, 2021 Gavin rushed for 956 yards on 81 carries averaging 11.8 yards per carry and 13 rushing touchdowns. He also had two touchdowns on kickoff returns. In one game, versus unbeaten Dallas he rushed for 216 yards on eight carries and took the opening kickoff to the house with a total of four touchdowns, three rushing and one kick return. Gavin has been playing on MVP Performance 7 on 7 team for three years and just recently played in the National Tournament in Tampa Bay, Florida which was invite only. In July 2020, he and his team, MVP Performance won the Pylon tournament in Las Vegas. In his free time, he enjoys hanging out with his friends and family. He also enjoys camping and fishing.