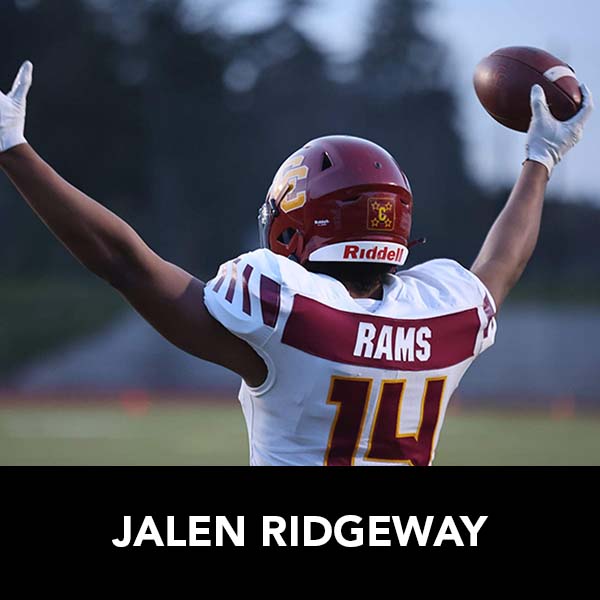 BIO: Jalen a multi-sport standout at Central Catholic and have played football, basketball, and track during his four years as a Ram. Jalen was a three-year starter for varsity football at tight end and won a state championship in 2019. He maintains a 4.07 weighted GPA and has made the honor roll every year at Central Catholic. He is a member of the National Honor Society and has completed over 100 service hours within four years. Jalen will be attending Washington State University next year, and will be majoring in Biochemistry and walk-on the football team for the Cougars.