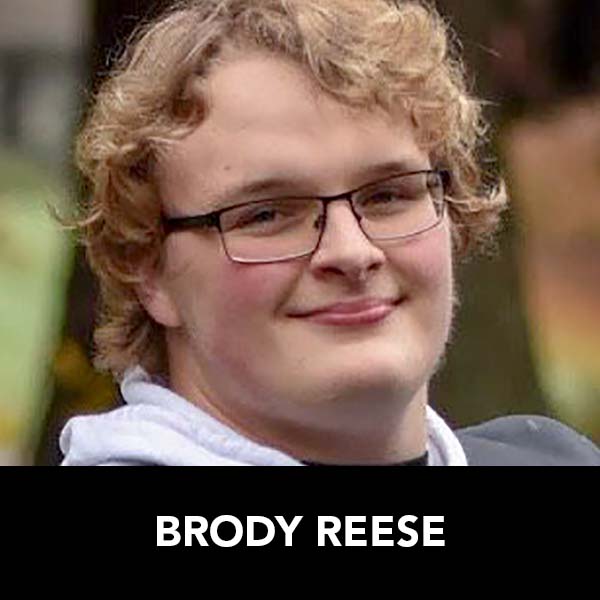 BIO: Broderick Reese is a four-time varsity letterman in Football and Wrestling at Century High School. He started on both sides of the ball since his freshman year and has been a captain since his sophomore year. He earned 1st team All-League honors for defensive tackle and center this past season. His junior year he set the school record for Tackles For Loss in a season with 29, as well as leading the Pacific Conference in sacks. Last year he won the 6A 285lbs State Championship in wrestling and is currently ranked 11th in the country. He also competed in Track and Field where he has lettered three-times and has been a captain for the past two seasons. He has volunteered as a youth Football and Wrestling coach. Throughout high school Brody has earned a cumulative GPA of 3.74 and is a member of Century’s student government program. Outside of sports Brody enjoys fishing and lifting weights. Brody was a ball boy for the North in the 2015 Les Schwab bowl when his Dad helped coach the game. Next year Brody will travel to Seattle as a preferred walk-on for the University of Washington.