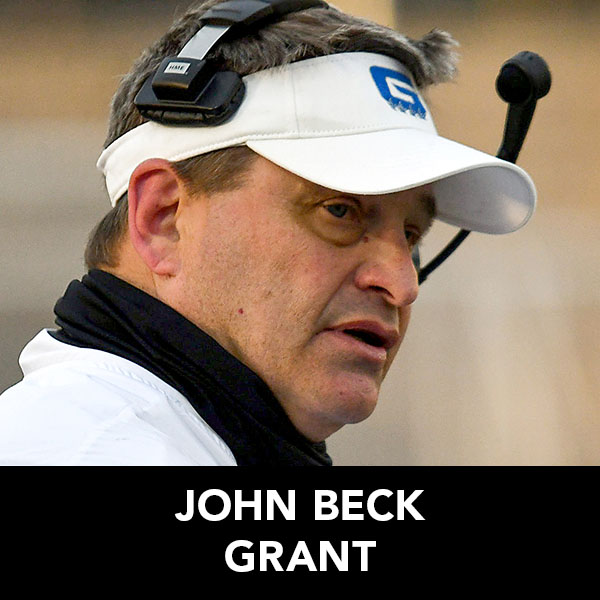 BIO: Coach Beck just completed his 37th year coaching, the past three at Grant High School in Portland where he has lead the Generals to League Championships in 2018, 2019 and Spring of 2021. Beck is a five-time Coach of the Year recipient in various league and this year will be coaching in the Les Schwab Bowl Presented by Express Employment Professionals for the seventh time! Coach Beck is a long time member of the Oregon Athletic Coaches Association and graduated from Southern Oregon University where he played Linebacker for the Raiders. Coach Beck resides in Portland, Oregon with his wife Molly. They have four children, Ashley (32) – Garrett (27) – Brennick (18), who is competing in the game, and Maddie Kay (11).