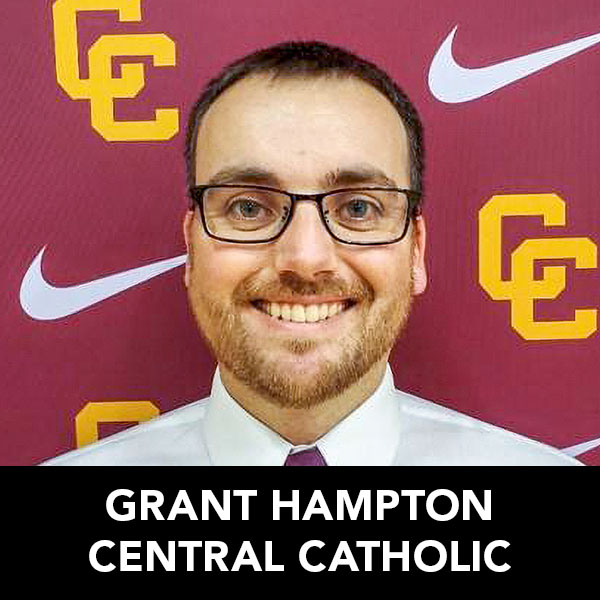 BIO: Coach Hampton is entering his 17th season of coaching at Central Catholic. Before coming to Central Catholic, he was a four year player under Coach Pyne at Wilson High. Over the past 17 years, he has had the pleasure of coaching at all levels of football, basketball and baseball for Central Catholic. Through the years he has learned how to coach young men and lead them to success on and off the arena of competition. He continues to learn the game of football and coaching techniques and looks forward to the new challenges of each season.